Voice for The Ocean Campaign arrives in Malaga 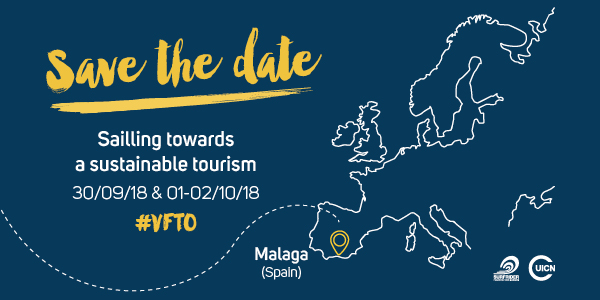 MEET to host round table discussion on Tourism and Sustainability!

From 30 September to 2 October, the VOICE FOR THE OCEAN campaign arrives to Malaga, where IUCN Centre for Mediterranean Cooperation together with the Ayuntamiento de Malaga will host and the tour. MEET Network will of course participate in one of the round-table discussions and share knowledge on #ecotourism and #sustainability!

The challenge of maintaining economic activities and reconciling them with the preservation of the environment is at the heart of European policies. Faced with this challenge, the European Commission has initiated a campaign to involve citizens and obtain their opinions on the priority actions to be deployed to preserve marine and coastal ecosystems.

Under the framework of a Life project, the Surf rider Europe Foundation is in charge of this dialogue, which has been taking place since 1 June via the VOICE FOR THE OCEAN online platform and a tour in five European cities to mobilize citizens. At the end of 2018, concrete proposals for the protection of the oceans will be given to future European parliamentarians, aiming for their commitment to integrate these priorities collected through the campaign into their work programme.

From 30 September to 2 October, the campaign arrives to Malaga, where IUCN Centre for Mediterranean Cooperation together with the Council of Málaga will participate in the tour. The arrival of the campaign in Malaga will hopefully help reap the opinion of European citizens about the management and the protection of the oceans with the purpose of collecting voices, and make a concrete proposal to the future European parliament.

For more information about Voice for The Ocean, visit: en.vfto.surfrider.eu